International Day for Elimination of Violence Against Women commemorated 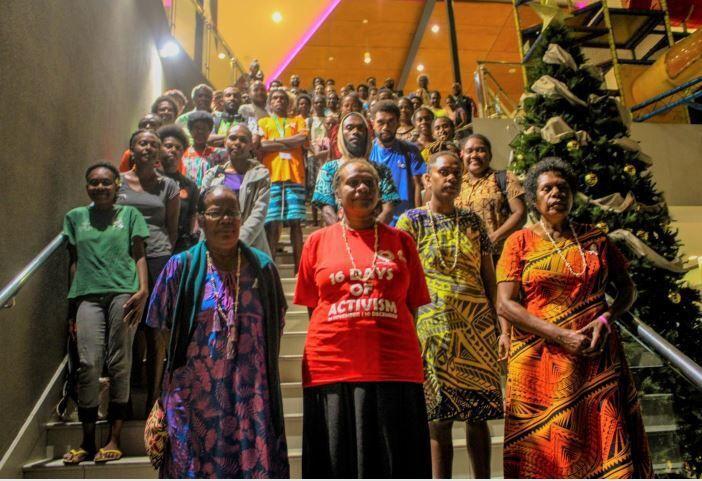 The National University of Vanuatu (NUV) with the Association of Francophone Women of Vanuatu have commemorated the International Day for the Elimination for Violence against Women (IDEVAC).

The students and the public mobilized by attending in large numbers at Tana Russet the screening of a remarkable documentary ‘Bombardées’ by Tetemba, followed by an exchange on the status of women in Melanesia.

The Vice Chancellor of the University of Vanuatu, Jean-Pierre Nirua and the Delegate of New Caledonia, Gaston Wadrawane, were also present.

The film, subtitled in Bislama, recounts the journey of the victims and the attackers and plunges the audience into the heart of a disturbing reality. The debate moderated by the former Director General of the Ministry of Justice, Dorosday Kenneth Watson, raised difficult questions about the alarming scale of the figures and the mechanisms for placing victims under protection.

Betty Toa Zinner from UN Women, announced the establishment of a task force on this subject which will allow a strategy to be deployed throughout the territory. Gabriel Vusilai from the national broadcaster underlined the importance of a strong speech to be relayed in the media and invited the public to watch the beautiful documentary ‘Through the Lens’ which recounts the exemplary journey of young women from Vanuatu who have become airline pilots.

President of the Association of Francophone Women of Vanuatu, Marie Antoine Nirua, pleaded to consider all the societal aspects that contribute to this problem: cultural but also economic, psychological and of course educational in order to establish a complete state of play to frame work the actions to be led.

The Vanuatu Women’s Center (VWC) and the Family Protection Unit are at the forefront of this fight presented the work carried out in recent years, in particular with the Assembly of the Chiefs of Vanuatu.

Vola Matas and Lilly Joel responded very concretely to many questions from the public on raising awareness, working with the country’s male leaders and on the means allocated to the protection of victims.

Concrete and on-the-ground measures will be organized to make students aware of the victims’ experiences and to find solutions to better alert and above all protect the students who are victims. The student association, very sensitive to this difficult subject, also volunteered to contribute.

The commemoration of the IDEVAC was done through financial support of the government of New Caledonia.