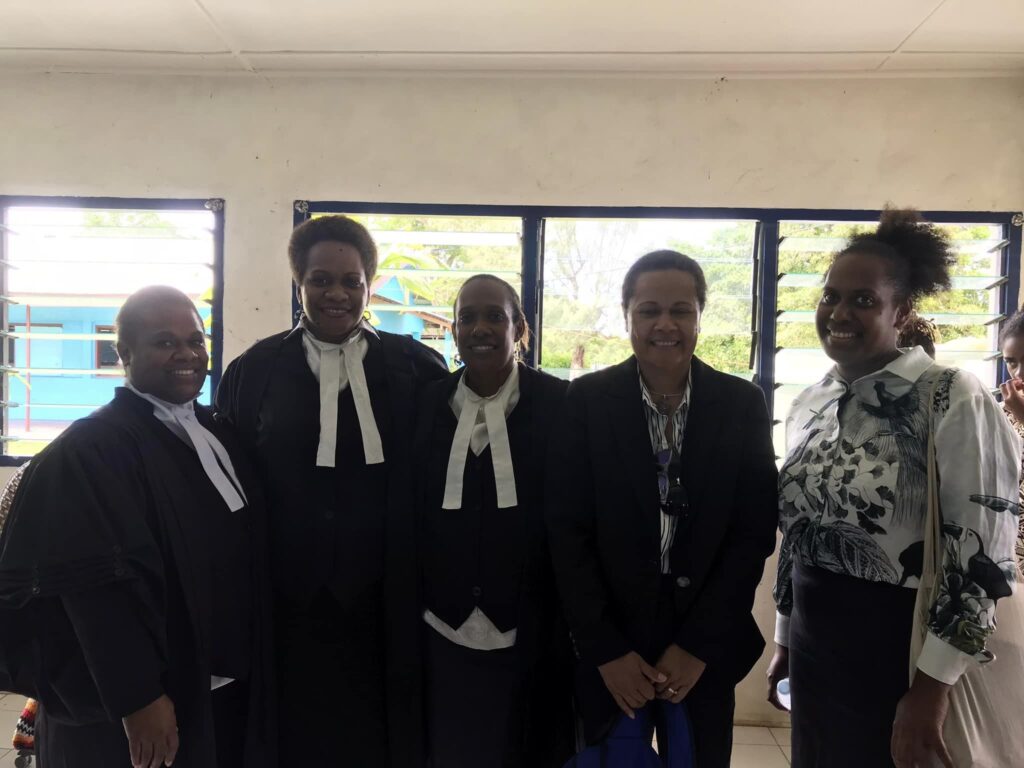 On Friday 20th January 2023, Vanuatu Women’s Centre was part of the Opening of the 2023 Court Session . This commenced with a Church Service at the Tagabe Anglican Church of the Resurrection, followed by a Guard of Honour inspected by the President of the Republic of Vanuatu- His Excellency Nikenike Vurobaravu, as well as the Official Speech of the Chief Justice Vincent Lunabek to officially open the Judicial Year. Other dignitaries included the Prime Minister, the Deputy Prime Minister, some Government Ministers and Members of Parliament, Representatives of different diplomatic missions, judges, Magistrates, Lawyers, judiciary officials, Police Officials and Heads of Other Constitutional Offices.
Photo credited: Tatienne Harrison