Potential for more abuse in homes 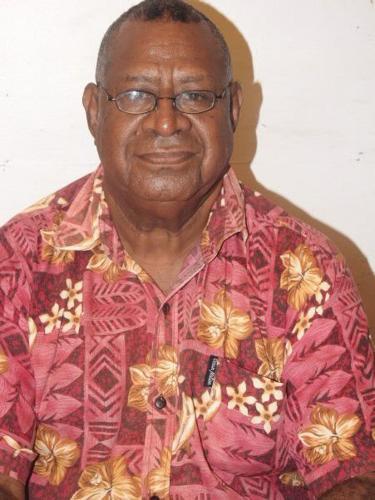 At this time of full blown threat against COVID-19 from the North to the South of the 83 inhabited islands of Vanuatu, social, economic and political pressures are coming down hard on occupants of every home. These include mental wellbeing and all forms of abuses.

Transparency International Vanuatu (TIV) wishes to emphasise that what the pressures boil down to, are potential excuses which threaten to allow all sorts of physical and verbal forms of violence to threaten the most important fabrics of society that hold peace, love and unity in every home.

For this reason, TIV Chief Executive Officer, Dr. Willie Tokon has welcomed Chief Justice Vincent Lunabek’s assurance to the Nation that the Courts are open to carry on with their normal duties on a daily basis.

The CEO who is a well-respected medical doctor by trade, wishes to advise all parents to take good care of their children and spouses who all have their Rights. Women’s Rights and Children’s Rights, must guide the husbands who head the families, to treat them with fatherly love and respect.

While nobody wants to seek legal advice against anyone in court, but the closest Police Station to you is open to assist you in your time of need.

Vanuatu is a signatory to numerous International Conventions. One of them is called Convention of the Elimination of all forms of Discrimination Against Women (CEDAW) which the CEO urges all husbands and males in society to understand and respect.

Currently, the Vanuatu Women’s Centre (VWC) has been making headway towards improving the lives of women in the country but confirms staggering reports of all forms of violence against women and girls which are reported to be inflicted by males.

Already TIV’s Team Advocate Tamara is sought after for his messages in relation to the importance of respect, MP and Councillor Allocations and how to access them, what corruption is and how to avoid it, how to have access to right information by seeking advice from the Right To Information Unit Manager and former VBTC Reporter and Announcer, Harold Obed. His RTI Office is located at the top of the hill in the Prime Minister’s Office.

Dr. Tokon says in this day and age, no one should be afraid to seek all relevant information to improve the standard of his and his family life.

In the latest preparation by Advocate Tamara to spearhead his next Public Awareness Project, he is going to explain the legal wordings of the Constitution for ordinary people in the villages to understand.

He says he has already been asked by members of his audiences if he “is a lawyer”. He tells our TIV Media Officer that he is committed to doing his best to explain it in everyday language knowing that traditionally, the word “Constitution” has always sounded complicated to the ear and people are even afraid to know what it has to say because they believe it has been written to punish those that do wrong.

On the contrary, the Constitution was written to guide the public to do what is right. It is the country’s Ten Commandments. In fact, the constitutions of the countries of the world were written based on the format of the original Ten Commandments that God wrote with His fingers then handed them on tablets of stone, to Moses on Mount Sinai, when he led that gigantic multitude in their wanderings through the desert for 40 years, on their way home to the Promised Land.

Stay safe, wear a mask, wash your hands, cough into your elbow and keep two meters away from other persons. Above all, get vaccinated.

And speak out against corruption.